On to the weekend prompt.  This weekend Trifecta is asking for exactly 33 words, 30 of our own and three of the following:

Before I could blink,Sunday is here and once again I am running late.This week,I managed to read almost all the entries at a breathless speed but there wasn’t enough time to leave comments.Makes me feel guilty but real life is rushing in and Friends & readers ,I am afraid ,this is going to be the story of my life at Trifecta for the coming two weeks.Worse,after the next two weeks,it may go downhill as I may not get to even write,forget reading or commenting.You see,next month,we(daughter,me & Hubby) leave for another city to get my daughter admitted  to a college.We will be there for about two weeks.Once we return, we have to start packing first for her transfer to her new hostel and before long,we both will be following her.Sometimes around July end,I will be re-joining the workforce and hubby is taking up a new job.As you all know,in this upheaval of packing,moving and unpacking,net connection will be missing ,thus making me miss all the fun!However,I sincerely hope to return for the Trifecta challenges regularly from mid-August.Friends,wish you all the best and I am sure you all understand.Will miss you all and your wonderful writing,take care.

Here is my submission for this weekend 🙂

Then,she ran away with his best friend and his money

Now Jon sees only betrayal cloaked underneath every relationship.

This week the word prompt is-

This week,my mind is messed up-in a total blue funk.But I was loathe to let the week go by without my Trifecta  fix.So here is my(almost) last minute entry-hope it bring on a flicker of a smile 🙂

She frowned, looking down at the question paper lying on her desk.

It seemed to be looking back at her with a sneer on its face!

Oh!If only she had studied for this exam earlier..

But her heart was not in it. It was busy leaping uncontrollably at the sight of a certain someone…

The one with a golden voice, the one with the golden smile…the one whose golden head was now bent on his paper, writing effortlessly. no doubt  with his golden pen!

But all was not lost.Not for nothing had she been the topper in the class, before the “golden aura” tarnished her image.

With a deliberate mental sweep, she cleared the cobwebs off her memory bank

In response, the question paper seemed to flutter its eyelashes at her coquettishly, as if saying, “Oh sweetie you know how I turn into putty in your hands!”

Soon her beautiful coppery head was bowed down ,her hand trying to keep pace with her mercurial brain.

Had she looked up,she would have seen surprised-even shocked- to find a pair of sparkling green eyes looking at her enviously,the golden face a little in awe of her intellectual prowess and swamped  by her Hellenic beauty……….

This weekend Trifecta wants us to give them 33 words (exactly) that include among them at least one example of onomatopoeia.Honk,Honk,move,here comes mine!Splat!Told you to move!

Wanting to forget the little girl’s head squelching ..when he..

Drip,drip,drip …his life blood seeped away.

This week’s word is blood.

1
a (1) : the fluid that circulates in the heart, arteries, capillaries, and veins of a vertebrate animal carrying nourishment and oxygen to and bringing away waste products from all parts of the body (2) : a comparable fluid of an invertebrate

b : a fluid resembling blood

b : human stock or lineage; especially : royal lineage <a prince of the blood>

c : relationship by descent from a common ancestor : kinship

e (1) : honorable or high birth or descent (2) : descent from parents of recognized breed or pedigree

He ran swiftly and silently through the dense forest.Familiar scent assailed his nostrils.His head filled with memories.His forehead furrowed, eyes widened, wild, and angry and he felt his lips curling over  his teeth ,almost in a fierce snarl!

No,he must move forward or else fall prey to them.

He could hear them baying for his blood!And to think many were his own blood!

Even Kyra!How could she have turned on him and for them!

But he was not going to give up so easily.He had grown up here and knew every vine,every leaf,every tree,every rock,every stream-the Jungle was his friend.

Dark tree trunks, clumps of bushes, barely visible black trails snaking through the undergrowth appeared shadowy like mysterious beings.There was no  moon shining  but a cloudy patchy sky could be seen in glimpses through tree breaks.But he had no time or the heart to look at these –his goal was near.He had to reach it before dawn arrived.He increased his pace.

He could smell the water-saturated air, rich earth ,the sweet flowers perfuming the air and moss before he saw the beautiful cascading water droplets pattering against rock-his haven!He was glad that he had never revealed this secret cave beyond the waterfall to anyone-now it would be his succour!

But he had to work fast.Just a little off the waterfall ,lay the rotting swamp,infested with crocodiles .He ran carefully around the edge,rolling on the ground-his scent leaving an unmistakable tell-tale trail for the hunters.Then he quickly leapt through the air into the roaring waterfall and disappeared onto the other side-without a trace.

He knew well what would happen as they ran mindlessly, blinded with hate,following his spoor-right into the swamp to become a meal for the ever hungry crocodiles!

Not for nothing was he White Fang,the Alpha male of his pack!

This weekend Trifecta wanted us to write  the origin story to the superhero of our choice in exactly 33 words.Now although like most other people I love many superheroes but had no favourite.Thus,after swinging between the more popular ones like Batman,Superman,Spiderman and others,I decided on one of the oldest Superhero of all-hope you like it:-) 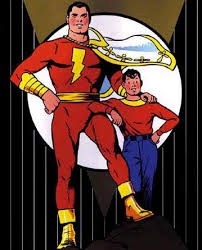 This week’s word is:

It nestled in his pocket.It had cost him-a lot.But it will be worth it,he thought.

Hurrying down the dark street, he kept touching his pocket from time to time, as if to reassure himself that it was still there.

“Let me tell you,if I say I saw it,means it is true!Jimmy,do you ever listen to what I say?”she said,her voice dripping acid.

“Yes Honey,I always do”,he replied  in a resigned voice,born out of being married for a dozen years.

“Don’t evade the issue and “honey” me Jimmy Curtis!I know the likes of you!”she said accusingly.

“Okay,what is it that you want me to do?” he asked timidly.

“You are the man of the house.Do something before I get killed!”She screeched.

It had been going on for two days now.

Esmeralda was convinced that she had seen a Krait inside the kitchen garden.She had even concocted some stories of her scary yet brave encounters with the reptile.This had made her kitty party a roaring success that evening.

Tired of her nagging ,he had started to think .

And that had opened another door for him ….

He shivered when he looked back at that conversation.He marveled at his own courage.When pushed too hard,or too often,even the meekest can do the undoable.

It had needed meticulous planning of course.

Reaching home,he slipped in quietly and went straight to the kitchen.Esmeralda was out for the evening.Donning gloves,he  took out the bottle from his pocket and holding it’s mouth open,dropped the contents into the flour bin.He smiled, for he knew that the next morning,Esmeralda would be baking cookies for the  Ladies society baking contest.

“Sorry Mr.Curtis, the venom had spread too much for the anti-serum to work.Had she been brought here an hour earlier,possibly…”

“Oh Doctor!”he moaned, “if only I had not gone to the Pest Control office in the morning..but she had been insisting that there was a snake..so..Poor Esmee!”

He had sobbed brokenly,all the while laughing inwardly at his well earned freedom.