Its Thursday here but Friday at FF where our lovely hostess Rochelle Wisoff Fields, has set shop again with an interesting photo prompt.This week the photo prompt is by Erin Leary,thank you Erin .As my  regular readers know,writers from all over the world gather at FF,every Friday, to spin a tale based on this prompt in about 100 words, give or take a few.For more details and rules click on the url http://rochellewisofffields.wordpress.com/friday-fictioneers-2/

Perkins waited near the foggy path.

His wife was away.

Timing had to be perfect.

He wondered if she would come.

He was dying to taste her…

It was her and she held a small bundle.

He imagined his teeth sinking into tender skin.

Reaching him, she thrust the bundle at him, “God forgive me! This is insane!”

Perkins grabbed it and ripped off the skin.

Blood dribbled down his chin.

Nothing like a juicy steak! High cholesterol be damned!

This is the first time I am writing for Friday Fictioneers,hosted by Rochelle Wisoff-Fields,an amazing writer herself 🙂

Write a one hundred word story that has a beginning, middle and end. (No one will be ostracized for going a few words over the count.)The following photo prompt has been provided by Douglas M Mcllroy ,for the challenge.

It was always the same.

Agnes was beautiful but loved to nag. Eddie, her husband, was a gentle soul.

Neighbours hoped that some day she would really leave Eddie and go, as she often threatened.

Her only love- the Koi pond.

When Eddie got posted to the neighbouring town, he went alone. Neighbours understood the reason.

Soon, a man was noticed Agnes, at all hours.

Later, they saw Eddie filling up the koi pond.

They nodded sagely, “Natural! He does not want to be reminded of Agnes.”

The Trifextra prompt this weekend is very different from the usual fare.This is what Trifecta says-

In The Scorpio Races, author Maggie Stiefvater writes, “It is the first day of November and so, today, someone will die.”  Give us the next thirty-three words of this story, as you imagine it.  Take it wherever you like, but make it original and make it 33 words exactly. – See more at: http://www.trifectawritingchallenge.com/#sthash.X88S3P6S.dpuf 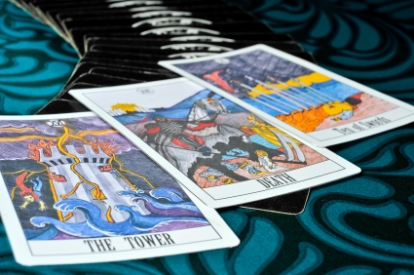 Doctors told her she had been poisoned.

Yes, she had been in danger but now misfortune was going to visit Ali, her husband.

This week’s word is:

1: the female of the dog or some other carnivorous mammals
2 a : a lewd or immoral woman
b : a malicious, spiteful, or overbearing woman —sometimes used as a generalized term of abuse
3: something that is extremely difficult, objectionable, or unpleasant
Please remember:

This time,I am very late because of a Bitch of a migraine that hit me,lol!Well,here is my submission.

He had just switched off the lights, when he heard her come in.

No! Not tonight! He was so not in the mood for this!

Every night, for the last one month, this had been going on-ever since he had………

Well, what could he have done? He had no option, did he?

And, of course, what no one knew, could not harm anybody, could it?

But, she was getting bolder.

He had to do something about this soon!

He could see her silhouette outlined at the foot of the bed.

He could sense her derision & this angered him.

She could not possibly be laughing at him?

She moved under the cover of darkness.

He could feel her breathing down his neck, as was her wont.

Tonight, the crescendo rose higher than ever.

He almost died of embarrassment, wondering if his neighbors could hear all this.

What a Bitch this was getting to be!

Then he felt her move over him & went cold.

He could almost see her pale face, bending over to kiss him.

The kiss of death?

NO, NO!!His mind screamed, like a warning bell gone berserk.

He sprang out of the bed, shouting, “No way, you are getting near me now! You are dead! I killed you! Leave me alone!”

As if in reply, he heard her fading laugh, slowly disappearing down the hallway.

Why, oh why had he buried her body in the house after murdering her.

He should have known better.

That interfering, clingy, wretch of a woman who had made his life a living hell, was not going to leave him even after death!

God!Was he doomed to live with the resident ghost of his wife for the rest of his life?

A low moan escaped his lips as he collapsed on the bed. He could not think anymore…..